Its a powerful word. Powerful enough to mould you and help you understand your alignment of thoughts. There are thousands out there speaking up just for the sake of it. My reference here are the opinions put forth by people belonging to the sensible category. 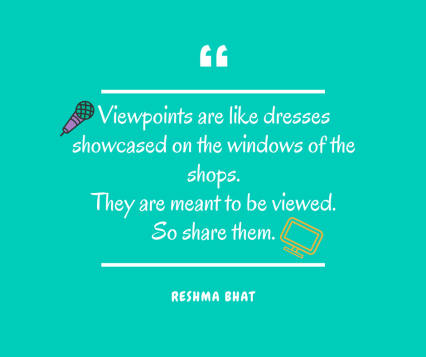 There’s a discussions going on, an intense one. Everyone is participating actively and are somehow being unanimous on a single viewpoint, simply stating their reasons for assenting. But something’s pinching you. The opinion they are agreeing on is not what you agree on. Oh! But you are afraid. Afraid, that you might end up sounding stupid for being different. So you settle down to be in unison. (Basically, this is like you trying to pose for a selfie with pout lips, though you might suck at it, just so you can post pictures on social media with ‘n’ number of irrelevant hashtags, only because there are many out there doing this thing and appearing cool. Now that’s stupid!)

Why be fearful? For a couple of people out there who are always judgmental, no matter what you do? Such conscious and shy behavior need to be thrown out of the window. Care less about it.

People! How have you been! Its almost 7 months since my last post and it looks like ages. So thought of revisiting my old comfort place. I am going to try and post as often as possible, mostly because I love communicating with you guys via comments. So, Hi everyone!

Take a sneak peak at my current ones. 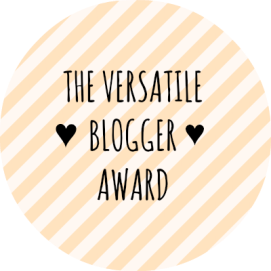